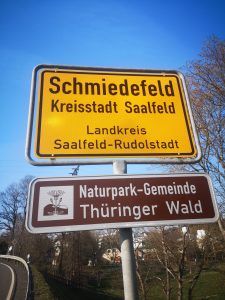 With the incorporation of Schmiedefeld into the city of Saalfeld, our Schmiedefeld plant address is changed to:

There will be a gradual changeover to the new address, while everything else remains unchanged. Please note the above carefully and feel free to contact us if anything is unclear. 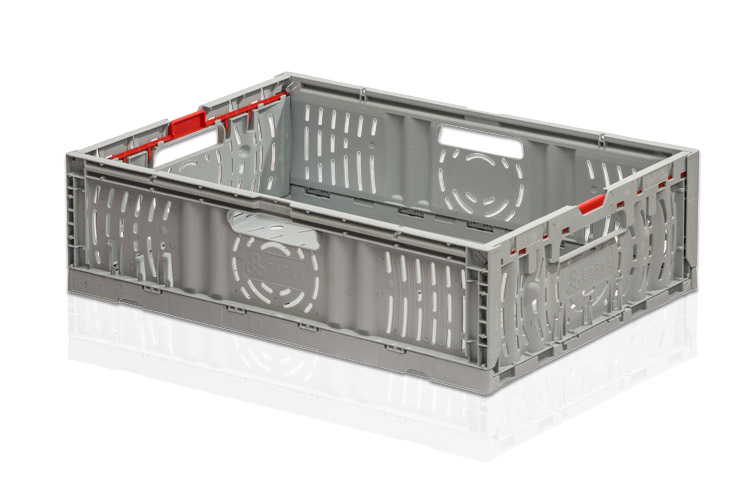 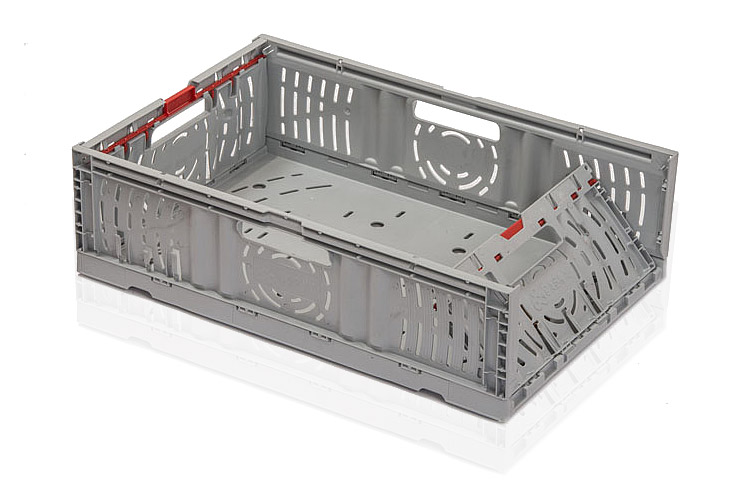 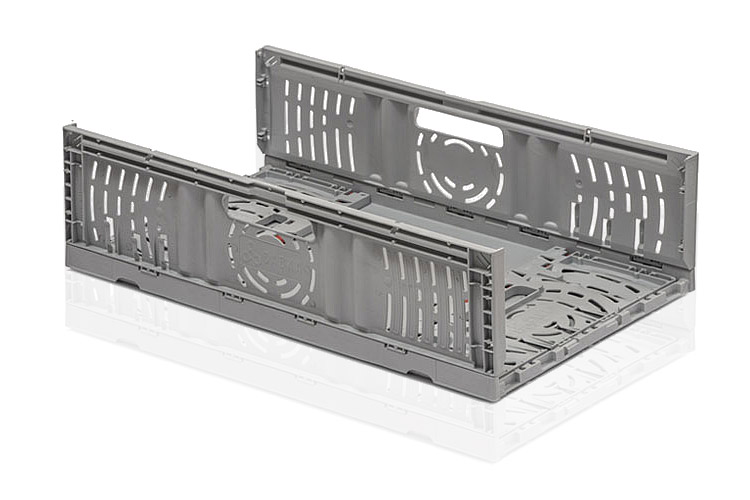 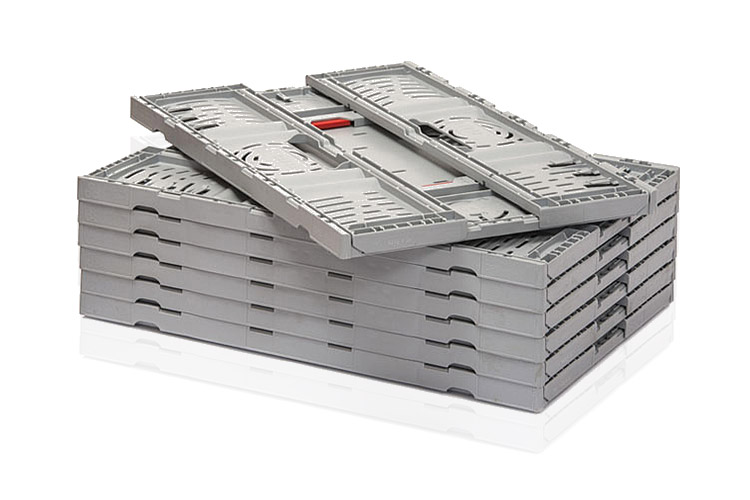 ISOCO has agreed with CABKA on an exclusive sublicense for the Twistlock Boxes and the Winebox. With this step, ISOCO enters the market for logistic boxes for retailers. Sales Director Michael Müller comments: “The collapsible Twistlock boxes are optimal for transportation of vegetables and fruit. With the patented active lock design we can provide an extremely robust box, yet it ranks among the thinnest boxes in the market to reduce transportation cost. Production of the boxes has started already in Summer 2018 in Schmiedefeld, Thüringia. We see an immense demand for such products, especially in China and Southeast-Asia, this is why we’ve established a new production facility in Shenzhen, China. We are proud to be already supplying well-known brands in China and are now in the position to further fulfill the huge demands. The major retailers in China highly value our design and quality, and for using only imported food-grade raw material in our Chinese facility for optimal safety. We have already ordered a second production cell for China, so we will soon be able to quickly deliver large made-in-China quantities.“

For further details of the Twisklock Box and Winebox, please visit our website and online shop. 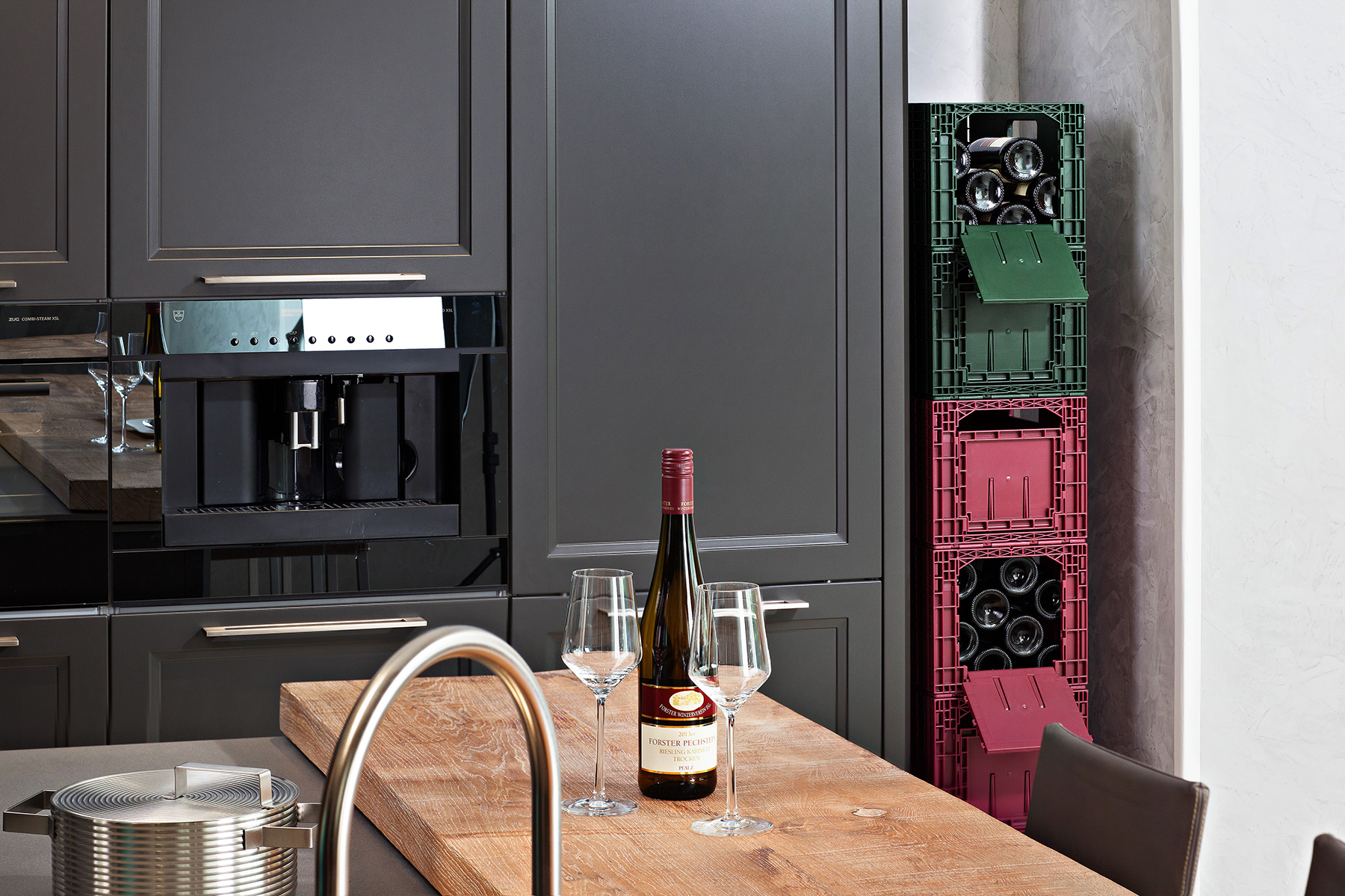 ISOCO is pleased to announce an exclusive partnership with St. Louise-based Domaine Storage. Domaine will be the sole distributor for Weinbox crates in North America.

The ISOCO Weinbox has emerged as the ideal solution for storing loose wine bottles in a wide variety of applications. Domaine will continue to offer these crates through their Amazon.com storefront and their website for small quantity orders. Wine retailers and storage facilities will have the ability to purchase higher volumes and bulk orders in 2019.

Domaine Marketing Manager, Brian McCann notes, “We are thrilled to work with ISOCO to make Weinbox more available to wine consumers throughout North America. For years, we’ve been huge fans of this product and sell as many as we can get.” He continues, “While we’ve spent countless hours improving our corrugated wine boxes for use in our facilities, Weinbox presents a great alternative that can compete with more traditional storage options inside and outside of the home.”

ISOCO brings experience and volume to the manufacturing process that will eliminate past issues of backorders, delays and shipping headaches. This means current and prospective clients can expect better availability, the opportunity for bulk discounts and decreased logistics costs to destinations throughout North America.

About Domaine:
Domaine is the largest network of wine storage facilities in the U.S. with facilities in Saint Louis, Chicago, New York, Washington, DC and Napa. Since 2003, Domaine has assisted wine collectors with procuring, storing, protecting and transporting their wine. Domaine is personally invested in taking care of its client’s wine with the utmost care. Their goal is to allow clients to enjoy their wine collection with ease and peace of mind. 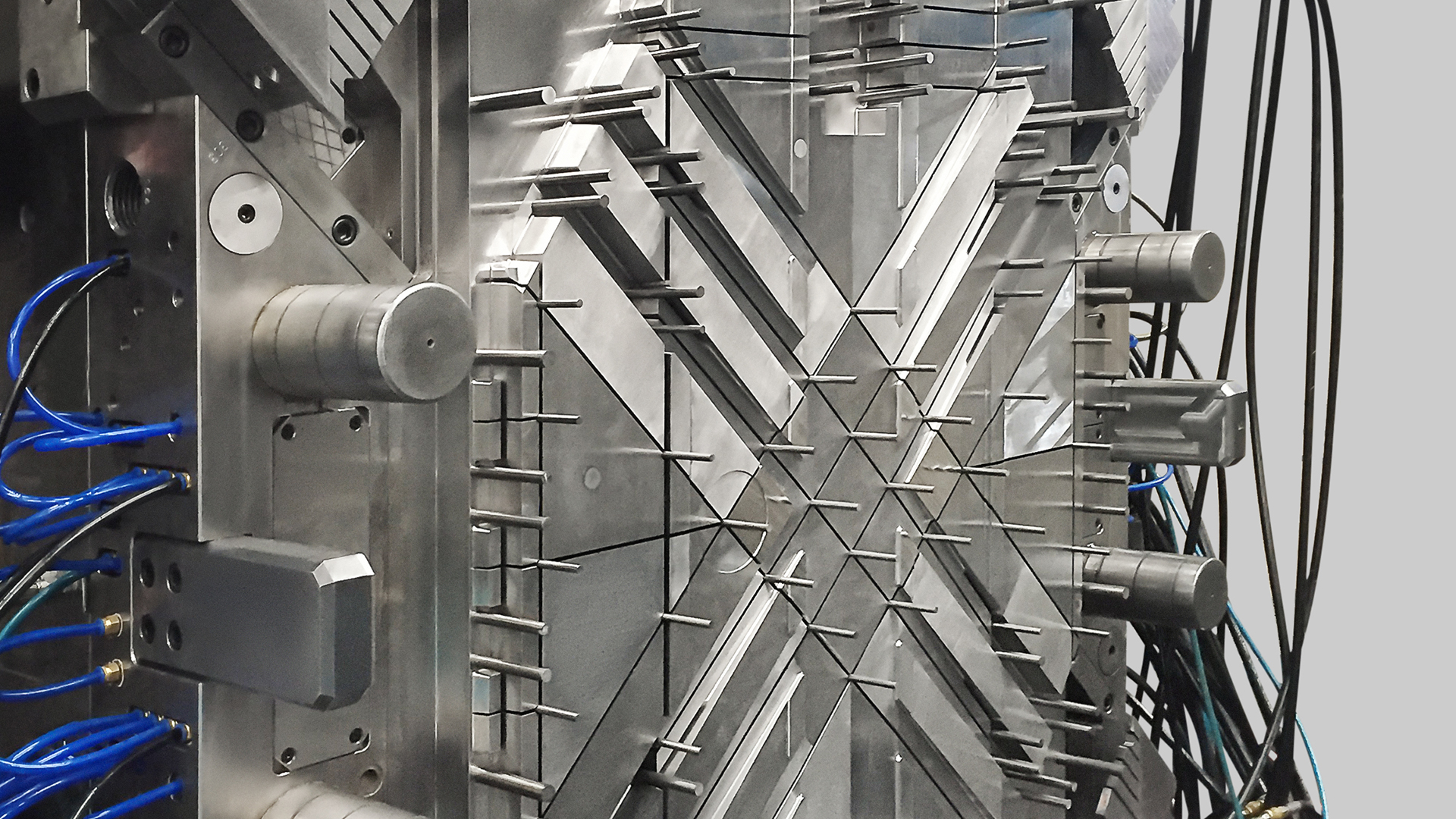 To provide customers with more diverse solutions, ISOCO has recently established a new Business Unit (BU) dedicated to supplying custom injection molds designed, optimized and tested in Germany. However, to leverage a more economical model that could potentially benefit customers as well, the molds were chosen to be manufactured in China. Needless to say, the process requires the most stringent project management and supervision to ensure the same level of German standard qualities are delivered.

After successfully designing and producing more than 150 molds and smoothly running for up to 4 years with our partner in China and key-account customers, we are now ready to offer this option to all our customers.

To further elaborate the new business unit’s setup – in order to fully monitor and control the quality of the molds, experienced mold service engineers are stationed in Germany and provides timely support when required. Any additional sourcing is handled directly by ISOCO in Germany to minimize additional work involved and reduce any potential risks. 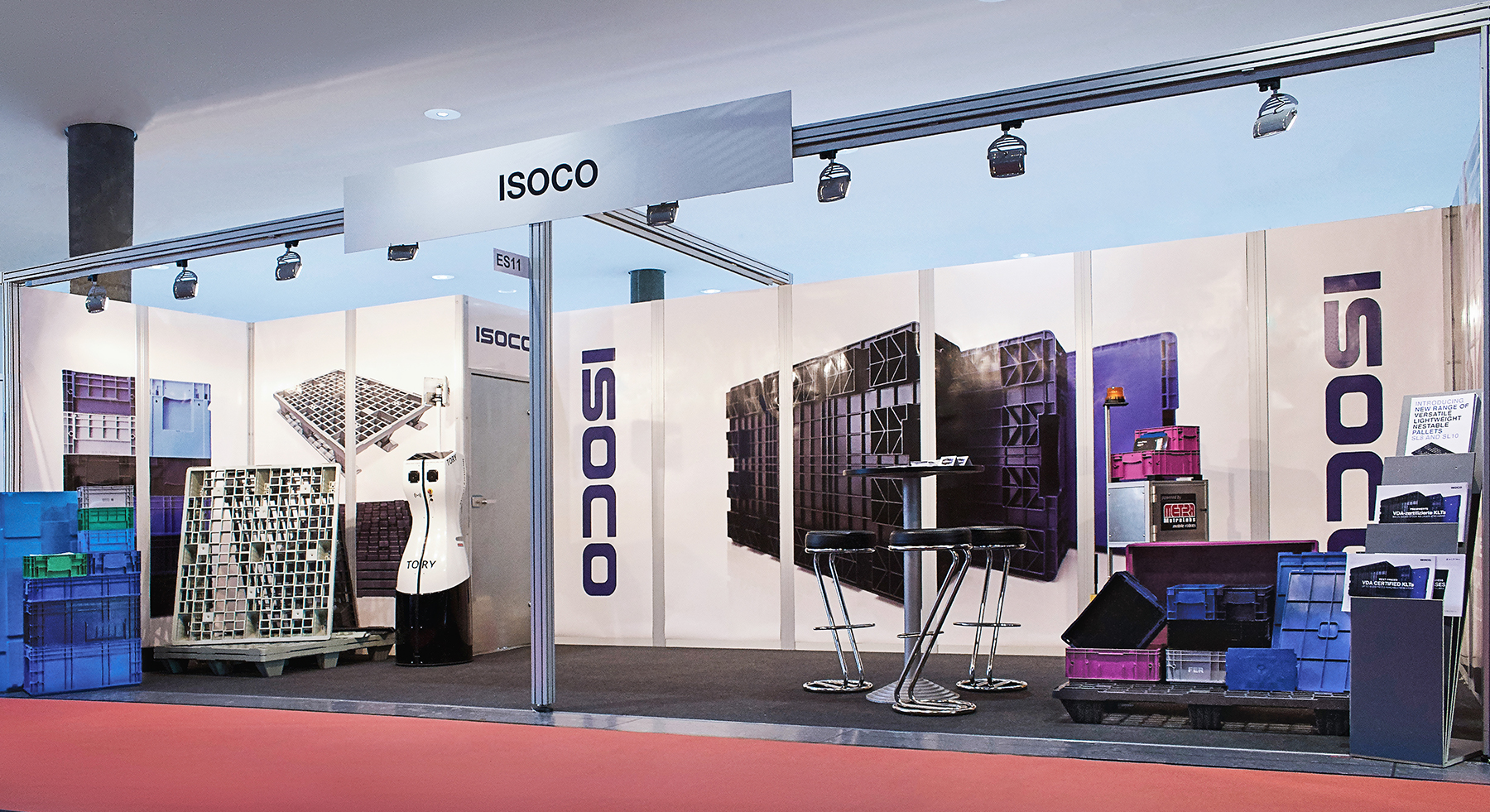 Adding on to their position as leading producers of VDA certified KLTs, ISOCO and ALPINA took the opportunity to unveil their upcoming approaches and next generation products for the plastics industry at the Logimat 2017, on March 14-16, 2017 at the New Stuttgart Trade Fair Center in Germany. Managing Director Harald Schweitzer commented: “After completing our product offerings in the KLT market with L-KLTs, F-KLTs, lids and covers, we are moving forward with the production of ALPINA Super-Light (SL) Pallets. The new generation of light-weight pallets with dimensions of 1200 x 800 mm and 1200 x 1000 mm offer next to very low weight and extraordinary mechanical strength due to our revolutionary Z-rib design. The pallets were loaded with 5 tons and they did not break! This is indeed very promising and we are planning to implement the design for all our new generation pallets. Our goal is to develop ISOCO / ALPINA into a full range pallet supplier, and the SL pallets are just the starting point. Currently, we are testing our H1 pallet mold. Later this year, we will build molds for Europallets and further extend our Super-Light (SL) Program.”

In addition to presenting its KLT container series and introducing the new ALPINA Light-Weight Pallets SL8 and SL10, ISOCO and ALPINA differentiated from their competition by presenting innovative Industry 4.0 solutions.

Next to a fully autonomous navigating inventory robot TORY, which identifies and tracks within a few minutes all passive RFID chips with more than 99% accuracy and next to its autonomous transport robot concept X3, ISOCO / ALPINA presented a variety of RFID Solutions installed in KLT containers.

For example, ISOCO / ALPINA products can be fitted optionally with temperature and acceleration sensoric equipments, accompanied with customer specific software solutions on iOS and Android systems, while offering compatibility with all state-of the-art production systems.

ISOCO reaches VDA 4500 certification for the production of KLT Boxes

ISOCO successfully completed the certificaiton process by VDA for the production of KLT boxes and is now certified VDA supplier.

With this ISOCO offers production of the following KLTs on our own molds in our injection molding plant:

On request we produce with Recyclate as well as in any special colour required.

Only 15 months after ISOCO Plastics Technology took over, ISOCO reached ISO 9001:2008 certification. Harald Schweitzer explains the importance of this milestone for ISOCO: „ With the certification we prove that we plan our processes stringently and consistently, continuously verify and control them. The results are clearly visible in the quality key figures we achieved during the last year. During the auditing process , LGA InerCert especially highlighted our highly motivated and qualified employees. That helps ISOCO to further improve our customer services through efficient production processes.“

CEO Harald Schweitzer: “With the 3 new large machines, on one hand we now also offer our existing customers the ability to produce large series economically and reliably, on the other hand, we are preparing to win more customers for interior and exterior applications in the automotive industry. With the first machines already running at full capacity, we are currently planning the purchase of additional equipment up to 2300 to clamping force. We want to show our customers that we are with these high investment ISOCO is a long term reliable partner for major projects.

Where once the DDR-caravan QEK Junior was produced, a specialist for the manufacturing of high end plastic products emerges.

Schmiedefeld. Just one year ago it didn’t look very fortunate for the future of the company, which, during DDR-times, as producer for consumer goods and daughter company of VEB MAxhütte Unterwellenborn- manufactured the cult-status caravan QEK Junior. The company with 40 employees was since January 2013 in insolvency process, with lawyer Florian Strapper searching for an investor to continue the long tradition of the company on the heights above Saalfeld.

On Nov.8 Dr. Strapper announced success:“ “The current business operations of the insolvent Isoco Kunststofftechnik GmbH & Co. KG from Schmiedefeld has been transferred as part of a transferred reorganization on 01.01.2014 to the Isoco Plastics Technology GmbH”, reported Stapper. Behind the new company stands the Thuringian entrepreneur Harald Schweitzer, who in Schmiedefeld expands his business activities after many years of successful activities in Asia. The product development should be strengthened, as well as investments in new technologies were announced at that time.

A year later Harald Schweitzer has arrived in Schmiedefeld. After the years in China he enjoys the fresh air of the Thuringian Forest and has learnt to appreciate “the functioning bureaucracy in Germany”. The company, in which hardly anything was invested in the last 20 years, is now restructured. The number of employees who work here in three-shift operation, including temporary workers even increased to almost 50. Revenue, which was last under three million euros per year should increase to 3.5 million euros. Apprenticeship programs were started again. For the first time products from Isoco are exported, of course to China, where Schweitzer still has good contacts. Sales, which was pretty much on the ground, slowly starts rolling, thanks mainly to the second shareholder, which the Thuringian Harald Schweitzer already worked together with in Asia.

Until now, in Schmiedefeld two main business areas existed: the manufacture of plastic curbs for industrial buildings in large quantities as well as the development and production of exterior parts for the automotive industry – basically in the tradition of the QEK Junior production. The customers include almost all well-known manufacturers of RVs. Products with Excellent surface quality combined with lightweight designs are produced for vehicles; thy are lightweight, weather-resistant and can be made in complex shapes.

The third business unit starts operation: Inection Molding Process on large machinery. The first two of the four planned machines are already in a plant that has been used for tool manufacturing. “This is the finest of the fine. Our customers are already waiting when we can finally start operation, “said Schweitzer, who praises the “Treasure of skilled worker” of the company. Some are working for 30 years at Isoco, founded 1960. By investing in new, advanced production equipment he now also wants offer the production of larger series in the same, usual quality, so the 44-year-old, who currently resides in Neustadt / Orla. With this the self-set growth milestones should be in reach, step by step.

You can find out more about which cookies we are using or switch them off in settings.

This website uses cookies so that we can provide you with the best user experience possible. Cookie information is stored in your browser and performs functions such as recognising you when you return to our website and helping our team to understand which sections of the website you find most interesting and useful.

Strictly Necessary Cookie should be enabled at all times so that we can save your preferences for cookie settings.

If you disable this cookie, we will not be able to save your preferences. This means that every time you visit this website you will need to enable or disable cookies again.